Happy Birthday to Me: One Year of Earthly Pleasures 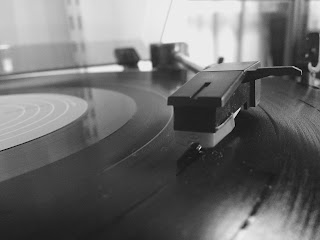 It's our anniversary! This month Earthly Pleasures turns one year old. Over the last 12 months we've done our best to bring you our choice picks of the best new music from female fronted bands from the UK and further afield. To celebrate our first ever birthday we've put together a playlist of bands we've featured previously as well as some new discoveries from bands we're really digging right now.

This post also welcomes in the start of spring and with it the dawn of festival season here in the UK and we've already started ours in style. We left London Thursday heading up to the North East of England to catch DIY power duo Leisure Tank at a packed Little Buildings in Newcastle. Before heading to a noticeably Sold Out Stockton Calling Saturday, where rapturous crowds greeted a host of touring bands at the North East's showcase metropolitan festival, where we were lucky enough to catch sets from: Sheffield's glittery indie Girls Seamonsters, gritty Leeds based Post-Punk's Dead Naked Hippies, and the pop Sensations that are Teesside's own Serinette. Further highlights coming from Earthly Pleasures familiars the electronic sorceress Jennifer Walton and Euphoric Pop outfit Twist Helix (All of which feature in this latest playlist).

Some other new entries into the EP catalog of all that is good and female fronted include the riotous disco-punk sounds of London's Bugeye, the jangly indie pop of Colour me Wednesday (who rumor has it are on the cusp of a new album TBA), up-tempo revved up alt-pop from LIINES, as well as some of the latest releases from our all time favorites Bryde, Mitski and of course Honeyblood.