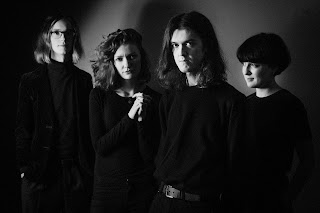 Following on from their somber debut 'SWIM IN THE SHALLOW' their latest single 'Ophelia / Light Alone' is an ambitious eight minute magnum opus which hangs upon the intricate intertwining of vocals and guitar rhythms. As complex and detailed as anything found at Bayeux this, intelligently woven tapestry develops in subtle but surprising ways, as reverse reverb/ghost vocals lead us into the most ethereal and artsy feeling of mid sections before the songs fabric catches the breeze and drifts off into an airy instrumental outro.