'When 'Airy Met Fairy' - ‘Until Your Season Dries’ 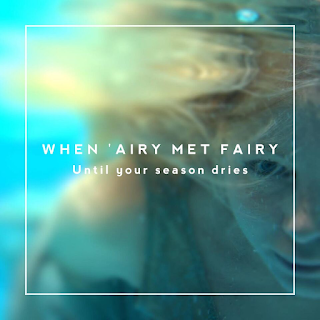 Taken from their album debut album ‘Glow’ (Forthcoming UK release in July), in ‘Until Your Season Dries’ the Nordic duo offer a contemplative, reflective take on the process of a breakup and the end of a relationship.

Subtle and unstated, with minimalist unembellished production, ‘Until Your Season Dries’ hangs upon vocalist Thorunn’s tender, expositional lyrical style which lays bare the emotions behind the piece.

With an impressive live CV having previously graced the stages of some of Europes biggest festivals including The Great Escape, Reeperbahn, Iceland Airwaves and Eurosonic 'When 'Airy Met Fairy' return to the UK on June 7 with a show at The Finsbury, London