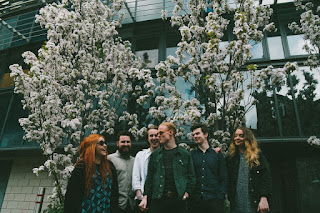 At a fleeting two minutes thirty, 'Mother' is an appetiser, short but oh so sweet, 'Mother' is the perfect amuse-bouche for a promising group who have already become an underground success following live appearances at Live At Leeds and Gold Sounds alongside a sold-out BBC Introducing showcase (curated by Abbie McCarthy)