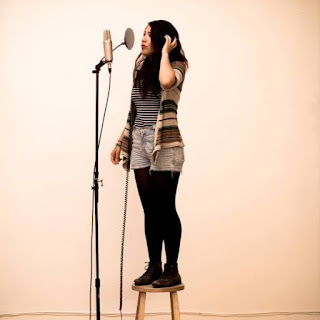 Toronto based Electro-Pop artist BEX has just revealed the official music video to her captivating single ´Energy´, which sees BEX (aka Rebecca Madamba) performing amongst a backdrop of flowing smoke, coruscating sparklers, and waving fabric. It´s a  great accompaniment to a charming single which originally surfaced as a delicate indie-pop ballad self released by BEX under another name back in 2015.


In its latest incarnation, ´Energy´ has been transformed into a glittering ´Electro-pop´ masterpiece, through a collaboration with producer Dan Jardine. An enthralling listen, Rebecca Madamba´s expressive vocals now rise above dark sequenced synthesizers, thudding percussion and resonating synth pads.