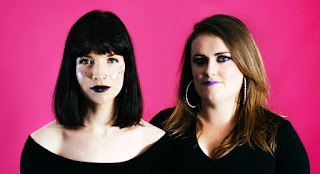 Following on from their last single 'Papillon', serene electro-popsters Hvmmingbyrd are back with a new self produced single 'Prisms'; which fuses ascending almost cosmic vocals with pulsating electronic beats to create a sublime work of shimmering contemporary pop.

'Prisms' is a strong addition to a growing catalogue of works, from the Dublin based two piece, who since their formation in early 2016 have been quick to reap the benefits of their creative partnership. Hvmmingbyrd have won critical acclaim in Earmilk, Nialler9 and The Line of Best Fit, as well as having their music feature on MadeInChelsea, and played in H&M ​stores worldwide