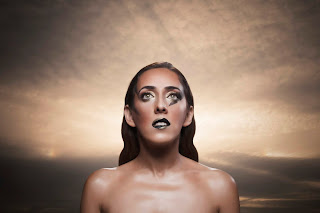 There's something positively thrilling about the wonky chamber-pop sounds of Miranda Arieh; The Leeds based artist has just launched her latest single 'Impossible'; a real roller coaster ride of a pop song which corkscrews wildly from danceable pop into juddering hip-hop before going full loop the loop into an exhilaratingly disorientating orchestral freak out. It's a bit everywhere yes, but in the best possible way; the way it pulls at your senses and leaves an impression is something i've not got from a pop song in a long time.

Its giddy and playful, with a noticeable jack in the box type bounce from the get go, but its instrumentation is quirky enough to remain engaging on repeated listens; the sounds used are intelligent, Arieh's vocal performance is fresh, and engaging, and for this reason I think 'Impossible' is everything pop music should be. 'Impossible' does the impossible trick of a good pop song: crossover-appeal. I could hear this on a commercial radio station without batting an eye in the same way i'd be unashamed to DJ it at the most pretentious of house-parties to the most critical of friends and I know it would go down a storm.

I really rate this song. I hope you will too.