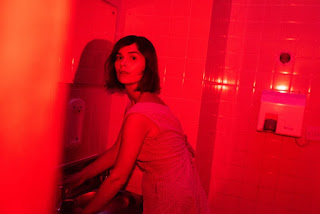 Melodious garage-pop songwriter Bessie Turner has impressed on her new single Nino, the latest offering from the enterprising Suffolk based artist who has released the track via her own label Don't Try in conjunction with LAB Records

'Nino' delivers the kind of immediately rewarding crunchy alt-pop that Glaswegian duo Honeyblood achieved in their infancy on tracks like 'Killer bangs' or 'Super Rat'; however Turner's single gives glimpses of a dreamier pop leaning that elevates the track to heights far loftier than the echoing warehouse gables the drum microphones will have unquestionably occupied during the singles recording.

It's a perfect offering of high fidelity alternative-pop that's certain to propel Turner and her label onto great things.