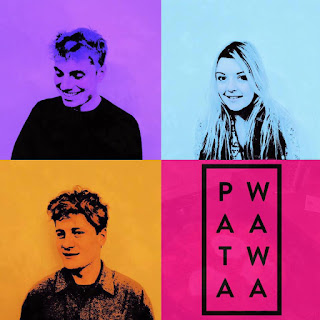 There's no denying it, the jelly on a plate wobbly indie-disco sound of Derbyshire's Patawawa is just irresistible. The band seem to have rocketed into the national consciousness following the glowing reception of a spate of wonky party anthems the industrious DIY band churned out last year.

The bands latest offering the ever so groovy WIRES picks up where we left off; funky retro synth sounds find wiggle room in the gaps between a grounded drum loop, as riffs take turns to bump and grind off of one another . It's an instantly likable sound with a giddy and infectious energy and when  Beth Garrett's powerful vocals begin to rise it elevates the track into floor filler territory.

This is a total song for the weekend.