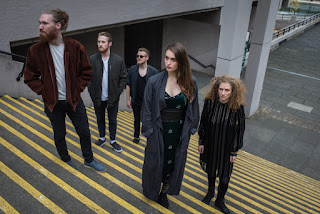 UK based dark Pop group DOMI have seriously impressed with their debut track 'Let Me Follow'.

Mysterious and intense, with some commendably progressive instrumentation, 'Let Me Follow' manages to combine some of the best elements of the Norwegian pop and British Electronica to create an intricate and forward thinking pop single.

Rhythmically anxious, the track moves from a jittery twitch of overly-caffeinated cross-sticks into a thrusting dance beat, making for a restless yet satisfyingly direct feel.

Cold to the point of being icily sharp, 'Let Me Follow' is a fantastic debut.