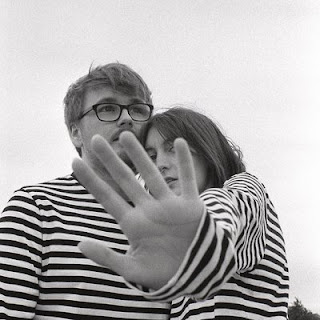 Malmö's wy have returned with a frenetic electronic driven single 'Pavements', in a bold follow on from last years debut album 'Okay'.

Pulsating with agitated sequencers and raw overdriven vocals 'Pavements' embraces elements of electro-clash and noise-punk to bring out a leaner, edgier, side of a group whose previous slow burning, ambient post-indie sound had earned critical acclaim.

However we feel this is a departure that suits the Swedish duo; in this incarnation wy are tougher, and for our money more engaging; when the wailing guitars kick in at around the one minute mark and vocalist Ebba confidently belts out that first chorus you cannot help but be moved by the tracks snarling attitude.

Abrasive but enjoyable, 'Pavements' is a memorable listen with a clarity of emotion and wonderfully unapologetic lyricism.