GIUNGLA - 'Better Than Ever' 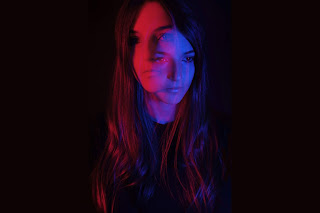 Having recently announced a limited run of UK shows this summer including an appearance at the much vaunted industry showcase 'The Great Escape', Italo-Electro-Punk producer GIUNGLA is back with her frenetic new single 'Better Than Ever' playing poppy vocals and shimmering indie guitar off of fragmented bursts of distorted electronics, in a dramatic 3 minute whirlwind of feelings and fuzz.

It's a stunning effort with a a peculiar mix of driving energy and calculated restraint. It's punchy, angular bass riff is instantly rewarding, but the understated electronic beat defers gratification until the chorus when  'Better Than Ever' explodes into a thumping climax.

Raw and visceral this is Ema Drei (GIUNGLA) at her very best; pop sensibilities with an uncompromising punk energy and daring electronic sound, GIUNGLA is once again 'Better Than Ever'.