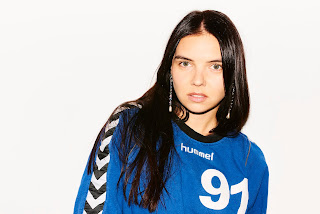 Delena's latest single 'One Night' is real a summer scorcher, with a searing lyrical flow and combustible energy that ignites the dry kindling of its smoldering synth-bass drive to create a instantly memorable pop track that burns with an intense sense of confidence.

That reassured, bold songwriting should come as no surprise of course, this is no first outing for Delena; Active since 2017 under her former moniker of Boba K [notable for her ciritcally acclaimed debut 'What She's Like'] 'Delena' emerged in November 2018 in an interview with Wonderland Magazine promising a new more emotionally authentic sound in keeping with her eastern European origins. 'One Night' strikes us as the realization of this bold ambition; passionate and heated, this new project has brought out a rockier, sassier edge to Delenas music with a real sense of presence and personality.