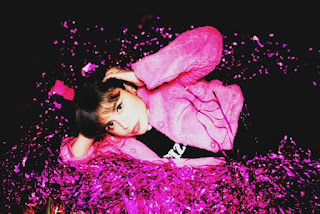 Australian grunge-pop band Bloods have gone on something of an alt-rock pilgrimage in the making of their forthcoming 'Seattle' EP. Tapping into the deep musical heritage that swells out of the shores of the Puget Sound, Bloods have crossed two hemispheres and the breadth of the pacific, in order to follow in the footsteps of their musical heroes.

The new record was recorded at Jack Endino’s (Nirvana - 'Bleach') Sound House, with Steve Fisk (SubPop, Soundgarden, Mudhoney) on production and mixing duties, and even features a guitar sound played through one of the original amplifiers Kurt Cobain used on Nirvana's debut record.

There's something profoundly endearing about Bloods reverence for their artistic forebearers; music by nature of its consumption is transitory and fleeting lasting only as long as its performance or reproduction; which in the age of streaming, with an inherent diversion of attention spans away from artists and albums to singles and playlists, has only intensified.

More impressive is that Bloods actually have the substance to back up their flying of the weather worn plaid-tartan 90's-guitar-band-flag. The EP's lead single 'U & M E' has an unshakable aura of angst and raw emotion, in its grappling with the foibles of infatuation, with front-woman Marihuzka Cornelius' vocals giving off a savage ferocity, straining the limits of her voice and the listeners ears in a heartfelt expression of desire. Musically too there's that frantic urgency and energy, so essential of the "Seattle sound" as a powerful combination of thumping unprocessed drums, growling bass and frenetic lead guitar-work combine for a result that is vaguely reminiscent of Cobain's own reference point 'The Vaselines'.

This is one which demands being played loud; 'U & M E' is taken from Bloods forthcoming 'Seattle' EP which is due May 15