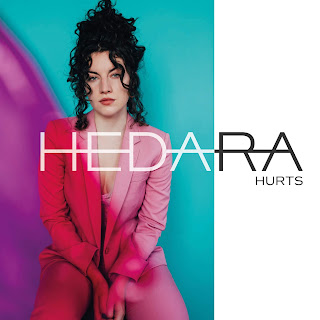 There's nothing that soothes the pain of a broken heart quite like the infectious joy of big sing-along pop hook, and on her epic pop effort 'Hurts' London based artist Hedara has a remedy so powerful that could lift the most desolate of souls from their suffering.

Don't get us wrong, it's still a sad, serious number, but you need shades of dark to appreciate the light and it's the depth of contrast between both that really makes this track. Rather than settling for some somber tear-jerker Hurts emanates a triumphant "rising in spite of adversity" vibe which is as empowering as it is uplifting, making the most of Hedara (Scarlet Billham)'s impressive vocal range.

Speaking of the inspiration behind the track Hedara explained: "Hurts is a self admission about having allowed someone to control a relationship, and the realisation of knowing that it is totally wrong, so you take the hold. It’s about realising you’re done with the excuses. Something worth having shouldn’t hurt and it’s time to walk away”

Straight from the soundtrack of some future feel-good romantic film 'Hurts' is a powerful, healing  pop song, destined to have us all weeping in the aisles in the best possible way.