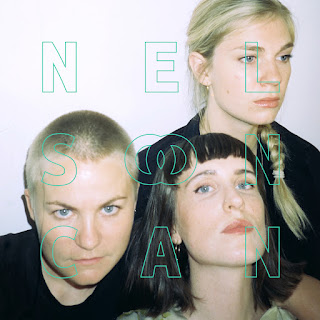 There'll always be a place in our hearts reserved for bands like Danish rockers 'Nelson Can'; after  eight hard years of touring Europe with a visible love and friendship forged in music between SigneSigne, Gin, and drummer Maria Juntunen—the indie heroines are about to release a much anticipated new album (their first in six years) via dependable alt-rock champions Alcopop! Records .

If the band can be said to have to have come of age on their excellent 2017 release 'EP3' (see throbbing alt-rock anthem 'Breakdown Your Walls)', the new long play 'So Long Desire' represents a narrative progression from Bildungsroman to Künstlerroman, with the band achieving an artistic maturity, to match their often visceral emotional experience.

This artistic accomplishment is nowhere more evident than on album highlight ‘Madness’, where the wholesome, tender melodies of the track's intro deteriorate into a disorientating mass of psychedelic droning. This hazy midsection, glued together by pulsating drum rhythms and a writhing bass riff functions as a chrysalis before a final movement into a wild runaway outro. This is the band at their very best, and while much could be made of the evident finessing of Gin’s lyrics (unabashedly alluding reference Shakespeare’s familial tragedy  'King Lear', emphasizing the famous line “O, that way madness lies”) or how much the band have came along in production terms; the real renaissance moment here is a musical accomplishment, to be found in the way the band move from these left-field fringes into an irresistibly immediate final vocal hook to resolve the building tension, thus taking a long-established trope of popular music and injecting it with a vigor and change of context so that it sounds edgy and bold.

As ruthlessly hard-hitting as it is intelligent 'So Long Desire'  is a real milestone release in the constantly evolving sound of the Copenhagen based three-piece. 'So Long Desire'  will be available via Alcopop! Records 31 January 2020.