Ailbhe Reddy - 'Between Your Teeth' 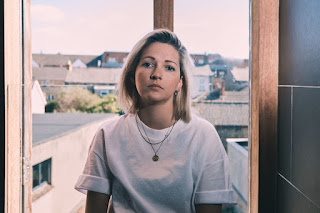 With her debut album 'Personal History' set for release on the 2nd of October, Dublin based alt-folk artist Ailbhe Reddy has given listeners a tantalizing preview of what's to come on the much anticipated record with her latest triumphant indie-pop inflected single ‘Between Your Teeth’.

Out now 'Between Your Teeth' is a song "about the frustration of being unable to communicate in a relationship” and plays on the theme of communication fluently by matching a poetic lyrical introspection with a subtle musical arrangement that draws the listener in from the outset. As guitars cycle through ruminative, repeated lines Ailbhe exasperatedly sighs "Round in circles we go" as a feeling of tension and irresolution permeates and flows outwards.

Explaining the title, and the inspiration behind the track Ailbhe says “people hold things back because they either don’t want, or don’t know, how to express themselves. While travelling alone, I always spent a lot of time thinking too much about past conversations and wondering what words were being held back between another person’s teeth”.

Contrast this with the succinct elegance with which Ailbhe articulates herself artistically and it is easy to see why this promising artist has already received widespread acclaim throughout the industry with notable support on the BBC 6 Music airwaves and festival bookings at the likes of Glastonbury, Primavera and Latitude.

'Between Your Teeth' is taken from Ailbhe Reddy's debut album 'Personal History' and is set for release 2nd October via Friends of the Family.


Ailbhe Reddy · Between Your Teeth