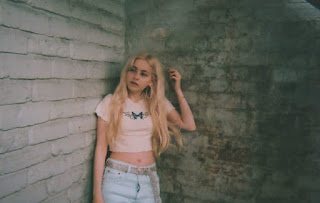 Music is perhaps the most liberating if arts. As freeing in the act of its performance as it is in its consumption, music has the ability to take the composer, the listener and the performer somewhere entirely unexpected within themselves, unlocking the fullest of emotional possibility, literally giving us all something to thrive-off of.

With this liberating capacity of music in mind, pop songs are arguably the perfect vehicle to challenge those difficult to articulate, yet entirely real social conventions and cultural expectations that restrain and inhibit us. This is the central theme of 'THRIVE', the latest single from Derby based dance-pop producer Emzae who has crafted, an exhilarating sad dance number about bad nights out, feeling alienated and dedicated to "anyone who’d like to embark on the path to being unashamedly themselves and not feeling bad about that. But also having a dance whilst they’re doing it."

With invigoratingly rhythmic lyrical jabs criss-crossing the post-disco throbs of octave synthesizers, 'Thrive' manages to deliver a serious message in an engaging format its velocity just downtempo enough to locate it within the realms Early to mid-1980's dance pop and R&B influence (with occasional hints of  Hi-NRG in the electronic production).

A stalwart bedroom pop producer, Emzae (Emma Shaw) has been honing her art for some time now with her admirable DIY-pop ambitions not going unnoticed by taste-makers at BBC introducing, Dot to Dot Festival and Glam Glare among others and rightly so. Brave and independent, innovative and creatively uninhibited, Emzae is a with out a doubt a highly promising talent on the cusp of realizing their full artistic potential with 'Thrive' representing a big step up in confidence: “This is what it feels like to be free"