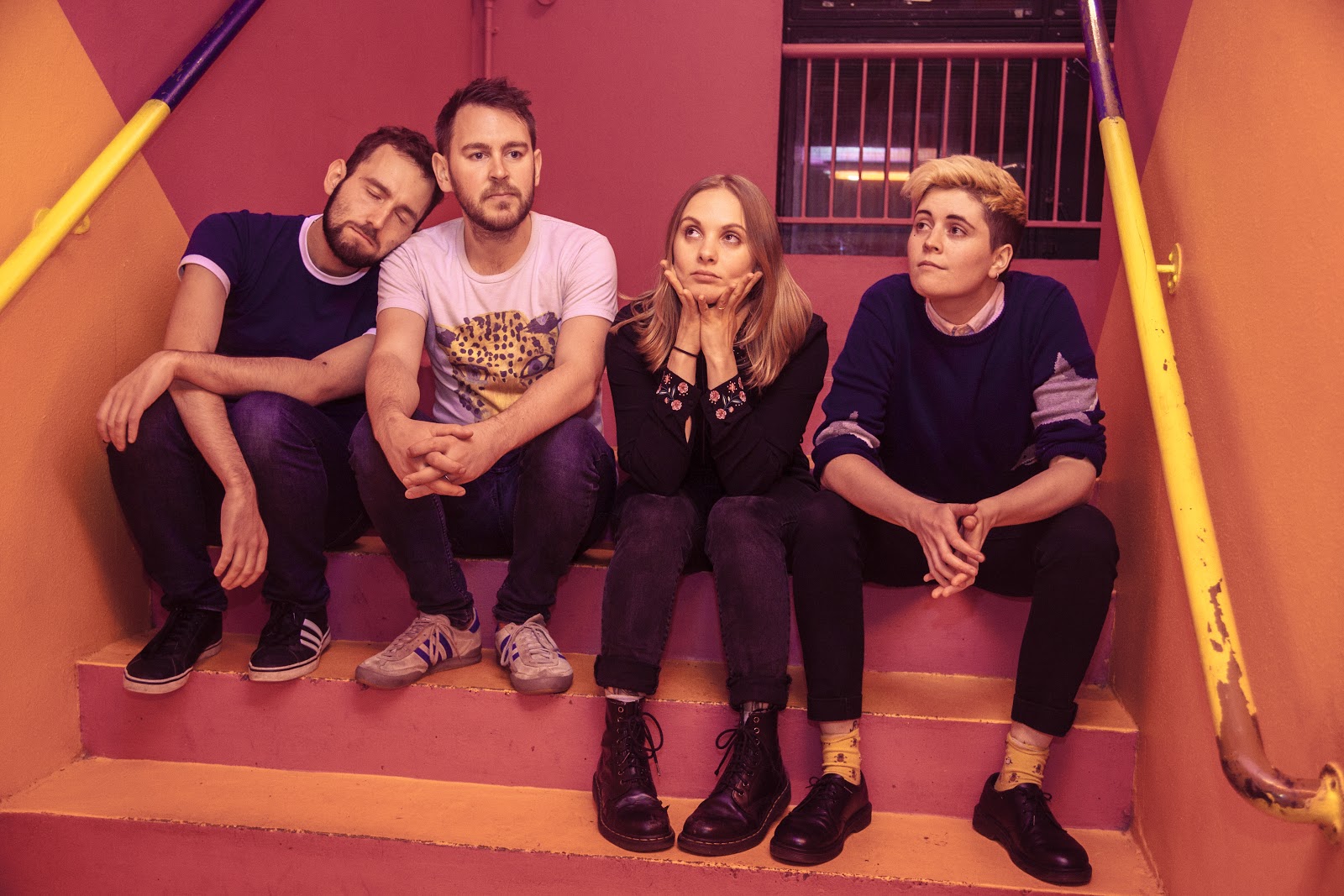 We've been admiring from afar the work of stalwart indie-popsters Fightmilk for sometime now. The London based four-piece have a bit of a knack for writing memorably wistful, guitar-pop tunes that you will inevitably find yourself humming as you awkwardly sad-dance around the flat alone wondering where your twenties went, and whether or not it's ok for semi functioning grown-ups to cry [enough about my "Social Plans" for this weekend - Earthly Pleasures].

Having recently teamed up with the dependable indie-taste makers at record label Reckless Yes (LIINES, Bugeye Chorusgirl) the band have been busy away working on their forthcoming sophomore album and are set to release their new single ‘If You Had A Sister...’  this coming Friday, September 04th.

Perhaps the darkest, and most brooding release we've ever heard from the band, on ‘If You Had A Sister...’  Fightmilk conjure an atmosphere of rumination and obsession, with lyrical themes of disappointment and inadequacy slowly unraveling their protagonists veneer of holding it together. Storytelling in both words and music, the track opens with an expansive sus chord that hangs unresolved on a resonant echo of reverb mirroring the ellipsis of the title and chorus which foreshadows the frenetic outpouring of emotion later in the track.

Returning Earthly Pleasures readers may remember lead singer Lily from her endearingly downtrodden solo releases under the Captain Handsome moniker. As ever Lily gives a spellbinding performance on this latest release, with her trademark mutedly sardonic lyricism carried by virtue of it's understated, self-deprecating wit.

This is an excellent single by one of the UK indie scenes leading lights, we can't wait to hear more from Fightmilk's and will wait expectantly for their highly anticipated second album which will be out via Reckless Yes in early 2021.

Reckless Yes Records · Fightmilk - If You Had A Sister...