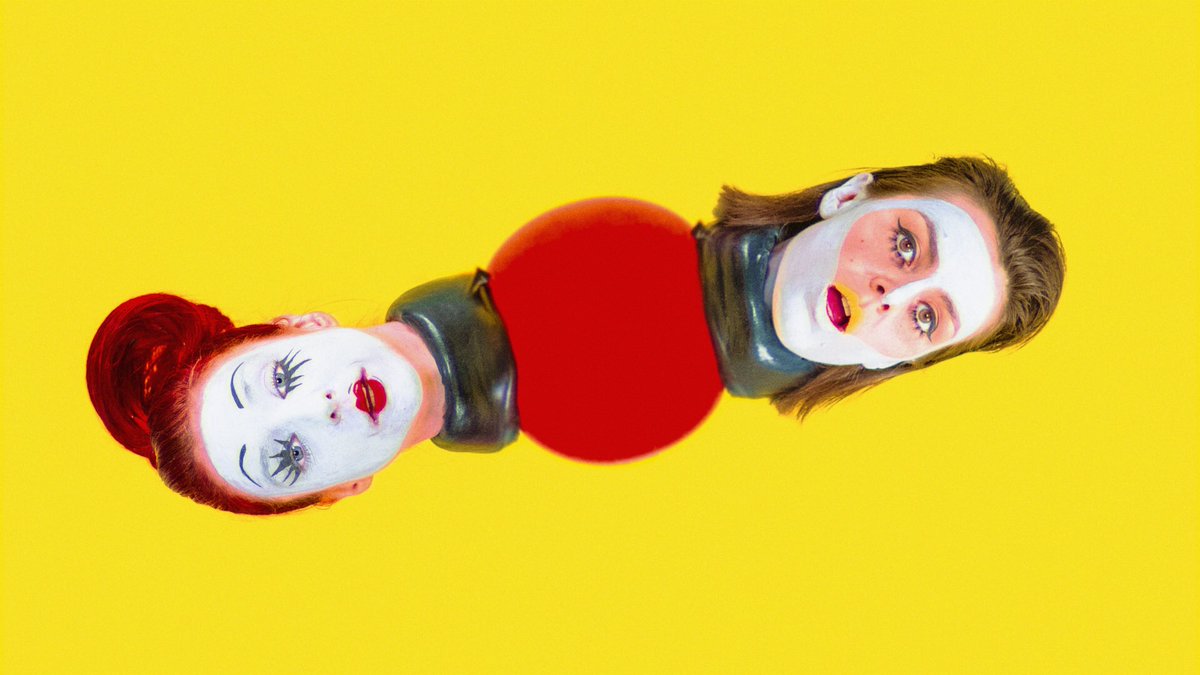 Feisty electro-pop duo Jill O’Sullivan and Jenny Reeve AKA BDY_PRTS are back and set to release their debut album ‘Fly Invisible Hero’ at the end of this month.

The quirky Scottish pop sensations really are a force to be reckoned with when it comes to their irresistibly hooky electro-pop bangers which have been consistently paired with glossy, eye catching visuals since they first offered up their track IDLU back in 2015. Naturally the lead single (and accompanying video) from ‘Fly Invisible Hero’, is no exception.

‘Take it to the top’ is a quintessential example of what’s on offer from this seasoned group; a strident, powerful pop song, accompanied by a stunning video. In this instance we see the group donning colourful body distorting costume and ambiguously expressive Pierrot make-up; Its memorable yet left-field; simple yet compelling.

However, the real triumph of the video is seeing the band themselves mature enough to perform with such satisfying conviction so as to make the most alienating of genres ‘art-pop’ seem authentic.

‘Fly Invisible Hero’ will be out via Aggrocat Records on 24th November.