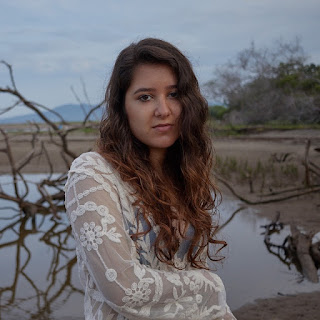 London based Greta Jaime continues to impress, the self-produced eighteen year old electronic-pop prodigy conveying a sense of maturity beyond her years on her latest reflective single 'Don't Need Paradise'.

A thoughtful track which lyrically grapples with the notion of "false promises", it musically does not disappoint with shimmering electronics and finger snapping beat, setting up a moving, bravely defiant chorus which gives that recognizable, uplifting thrust we last fell in love with on Greta's 2018 single 'Computer Games'.

The last two years have been something of a roller-coaster for Greta Jaime, from the critical success of her debut 'Lost in Mexico' to support from tastemakers including BBC 6 Music’s Tom Robinson, and a nomination for Glastonbury Festival’s Emerging Talent Competition in 2017. We can't wait to see what further twists and turns lie ahead.