Tuvaband - 'I Entered The Void' 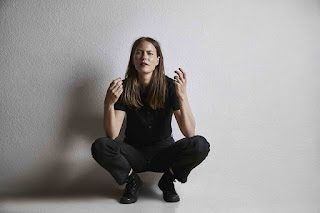 With a theme of emotional and spatial liminality, inspired by a recent change of location to from Oslo to Berlin, Norwegian post-rock artist Tuvaband (Tuva Hellum Marschhäuser) has announced the release of a new album 'I Entered The Void' which is slated for release 27 November, via Brilliance Records.

New single and title track 'I Entered The Void' sees a departure from Tuvaband's minimalist and tender debut 'soft-drop', shifting from the trickling semi-acoustic fragility of the former to an altogether more tempestuous full band affair. However an endearing sensation of exposure pervades the new release and accompanied or not, it is as if Tuvaband never really entered a studio but rather set her soul adrift somewhere in the North Sea, to be caught up among squally outbreaks of turbulence and veering  into a spindrift wash of wavy synths & pedal drenched guitars.

Thoughtful and melancholy, with it's own peculiar moments of beauty, we really rate this song.