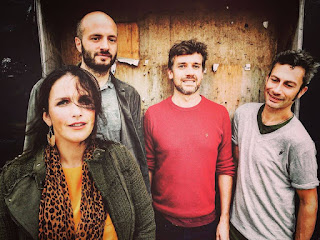 As the charmingly Lo-fi promo shot may suggest, UK post-Rockers 'Hunt us' are still in their infancy, but that hasn't stopped the London based hatchlings snapping up their debut radio play from BBC 6 music's Tom Robinson and it's easy to see why.

Spreading their wings for the first time, the group have took flight with their first single 'Baby Bird' a triumphant self-released debut which mixes fuzzy alternative rock hooks with jarring, angular post-punk elements to create a compelling three minute listen.