CULTDREAMS (feat. The World Is A Beautiful Place) - ‘We Never Rest’ 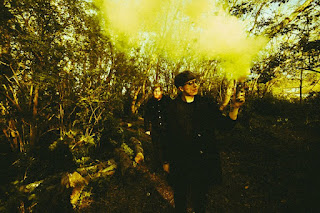 We're absolutely thrilled to bring you news of new music from South Coast rockers Cultdreams formerly known as Kamikaze Girls, who last blew us away with their haunting 2017 album 'Seafoam'.

It's been almost two years since the groups last full length studio release, having taken their time to tour the last album extensively across the UK, EU, US and Canada and the arrival of Cultdreams’ long-awaited second album 'Things That Hurt' promises not just a return to form for a seasoned group with an impressive back-catalog of resonating, and emotionally heartfelt songs, but a creative shift in gear, which was perhaps first hinted at with the dreamier sounds we found at the close of 'Seafoam'.

The first track to surface from the new release is a hypnotic shoe-gazing number ‘We Never Rest’ which sees the band pairing up Katie Dvorak and David F. Bellow of The World Is A Beautiful Place. It's a winning combination, adding depth to the Brighton based alternative indie powerhouse. As ever the band wear their hearts on their shirt-sleeve, on a track which tackles heteronormativity and challenges expectations of conformity; bearing all on a compelling chorus which shines with an uncompromising honesty.